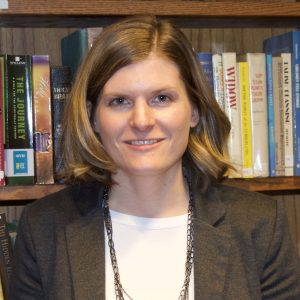 anda Gaulke, Assistant Professor of Economics at K-State, spoke at the branch meeting on April 9 about her research with colleague Chris Reynolds on “The Dynamics of Student Loan Repayment.” Dr. Gaulke joined K-State after completing her Ph.D. in 2015 at the University of Wisconsin with a focus in the economics of education and its impact on economics and equality. Statistics show that student loan debt is growing and exceeds credit card debt. In addition, default rates are often higher on student loans than other types of debt. Important factors that determine default rates include gender, amount and types of loans, length of loans, and degree completion. Many individuals with multiple loans are more apt to pay off other types of loans and default on the student loans because these loans have no collateral. Loan payment default rates often determine an institution’s eligibility for Title IV financial aid. Student loans cannot be declared in bankruptcy, and in some states wages and social security can be garnished and driver’s licenses cannot be renewed with defaulted student loans. Low wages, incomplete degrees, and unemployment are often causes of student loan default. Kansas is doing a better job than other states on student loan repayment. Students are advised, if needed, to seek counseling on student low repayment options. 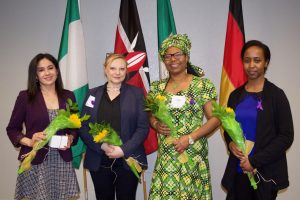 The AAUW Manhattan Branch sponsored its 3rd annual community celebration of International Women’s Day on March 8. It began with a Women Leaders Breakfast at JP’s. The featured event was a dinner and public forum at the Holiday Inn at the Campus, moderated by Usha Reddi, city commissioner, former mayor, and AAUW member. The impressive forum panelist included K-State’s art professor Rebecca Hackeman-Bahlmann (England) and student life/academic services coordinator Madai Rivera (Mexico), GTM’s graphic designer Mary Ng’ang’a (Kenya), and USD 383 teacher Chi Ehie (Nigeria). The panelists shared their stories about coming to the U.S. and compared educational and career opportunities here with those in their home countries. They also spoke about important current topics, including the current climate on changing immigration laws and the global impact of the women’s movements in the U.S. Rebecca commented that U.S. is still the leader in laws being passed that impact women. Madai encouraged attendees to support the Dream Act. Chi addressed the political oppression in many African countries.  The forum ended with motivating comments about the need to reach out to immigrants, show kindness, attend international celebrations, and be more inclusive. Since its first observance in New York in 1910, International Women’s Day has become a focal point for women’s rights. It is celebrated on March 8 every year. In the era of #MeToo and Time’s Up, International Women’s Day arrived on Thursday with a renewed sense of urgency (NYT, 3/8/2018). All over the world, e.g., Spain, West Africa, Spain, Italy, Philippines, and South Korea, thousands of women marched for equal rights on IWD. A special thanks is given to the IWD Committee, Mary Stamey, Usha Reddi, Tresa Landis, and Connie Noble for their work it planning an exceptional IWD event in the Manhattan community. 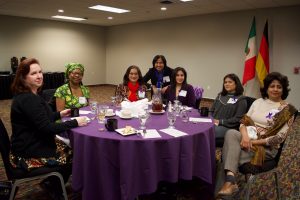 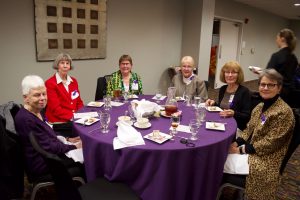 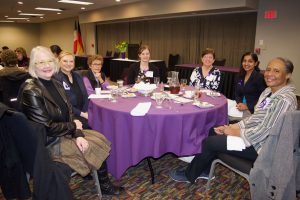 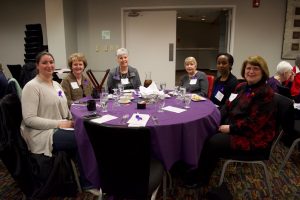 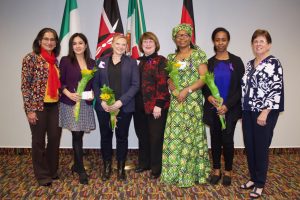 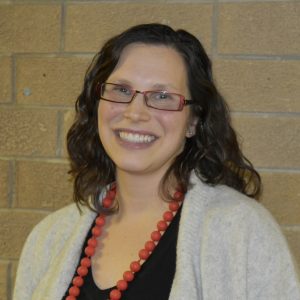 Elena Aronson presented an excellent program on “Gun Violence in the U.S.: A Public Health Crisis” at the branch meeting on January 8, 2018. Elena is an AAUW Manhattan Branch Scholarship recipient and graduate student in K-State’s Master of Public Health Program. Her career goal is to advance policies that protect the health and safety of children. She shared alarming statistics on the number of people that are shot and killed by guns. In 2013, the staggering 112,000 gun deaths in the U.S. approximately equaled the number of motor vehicle deaths. In the first week of 2018, there have been 260 gun deaths, and 453 injuries. Interestingly, we have very stringent vehicle safety laws, but lack adequate gun legislation. Guns in the house increase the rate of suicides and accidental or wrongful shootings. In December 2017 lawmakers stepped backwards by allowing those with concealed carry permits and firearms to cross state lines, thus circumventing stricter laws that some states hold. Kansas has very few gun restrictions and allows concealed carrying of handguns even on college campuses, without a permit or license; and you can sell your gun to anyone. Elena addressed some needed changes in our gun laws, such as minimum age, implementation of gun safety tests and registration fees, and elect people who will vote against concealed carry. 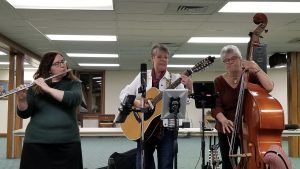 Too Many of Us Can Say #MeToo
Traci Scott, Former1st Division Regional Liaison Officer, Fort Riley 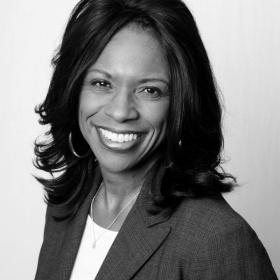 A timely and important talk on “Too Many of Us Can Say #MeToo” was given by Traci Scott, Former 1st Division Regional Liaison Officer, Fort Riley at the branch meeting on November 13, 2017 at the K-State Student Union. The event was co-sponsored by the Women of K-State. Traci holds a Master’s degree in political management from George Washington University and has worked as a CBS reporter and with the U.S. Army. She discussed her experiences and views on sexual harassment and sexual assault. Alarming statistics presented were: one out of five college women will be sexually assaulted; four out of five know their assaulter, and nine out of 10 do not report assaults because of fear of reprisal, guilt, etc. The perpetrators are often men in control and men that you know. Do not give them the control and power. She also stressed that “If you See Something, Say Something!” You must “Find Your Voice.” Her talk was followed by a Q&A period with many thoughts brought forward. She ended with some recommendations, such as be aware of what is around you, own your own space, show you are not afraid, and take a self-defense class. 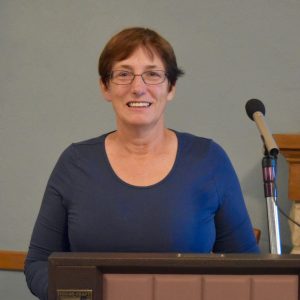 Karen Hawes, a consultant in the field of nursing and Family Nurse Practitioner at K+STAT Urgent Care presented a program on “Title X Family Planning Programs: What You Need to Know” at the branch’s monthly meeting on October 9.  Karen’s credentials include at BSN, MBA, and MSN with an emphasis in Family Nurse Practice.

She provided in-depth information on the Title X Family Planning Program, changes in birth control, and public funding and how they affect Kansans, Riley County, and women’s health. Reviewed were types, cost, and effectiveness of major birth control methods. Considered a major breakthrough, long-acting reversible contraceptive methods (LARC) provide contraception for an extended period and are the most effective. 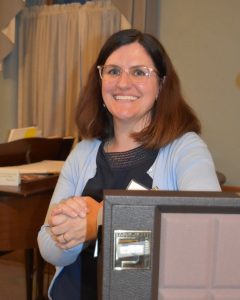 Dr. Ellyn Mulcahy gave an engaging talk on “Educating the Next Generation of Public Health Providers” at the AAUW Manhattan Branch monthly meeting on Monday, September 11, 2017. Public health addresses the health needs (analysis, prevention, and treatment) of the entire population. She discussed social determinants of health, the public health system in Kansas, health disparities, and the Master in Public Health program at K-State. Dr. Mulcahy (emulcahy@vet.k-state.edu) is the director of the program and associate professor of diagnostic medicine and pathobiology at K-State.

The Master in Public Health program at Kansas State includes the study of infectious disease and zoonoses (diseases that can be transmitted to humans from animals), food safety and biosecurity, public health nutrition and public health physical activity. Students select one of these areas of emphasis. This program requires 42 credit hours, which includes course work and 6-9 hours of research/field experience done with a public health practitioner. The field experience takes the student outside the classroom into Kansas areas, different states and different countries and is valuable when applying for a job in the Public Health area.

Public Health focuses encompasses the study of infectious and chronic diseases, both the causes and prevention of these diseases. Major social determinant of public health economic stability, education, neighborhood and built environment, health and health care, and social and community context. Large amounts of data are collected on whole populations in the state, in the country and around the globe with the goal of Public Health being creating better health for all. A great task is getting full commitment from everyone affected by the programs to participate wisely. She also discussed the public health care system in Kansas and the functions of local health departments. The talk ended with numerous questions and comments from branch members and visitors.

AAUW members and guests enjoying dinner prior to the presentation and meeting.